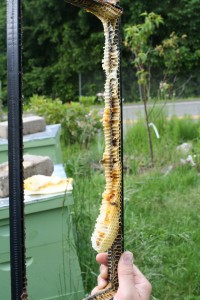 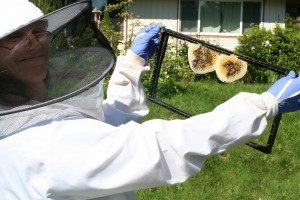 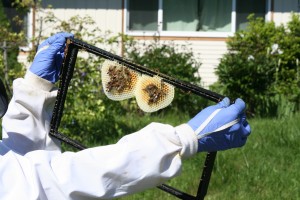 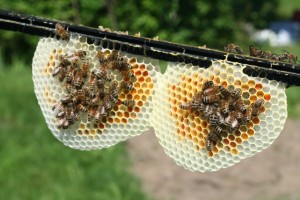 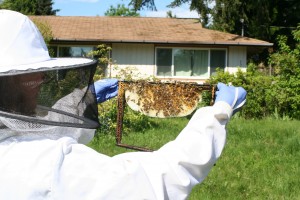 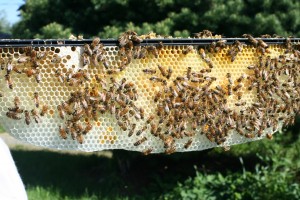 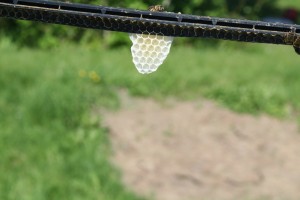 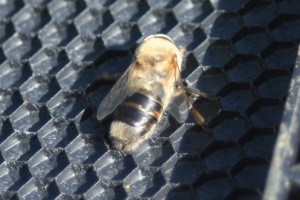 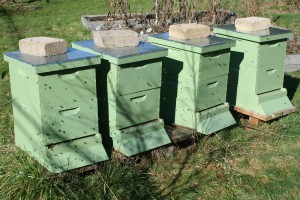 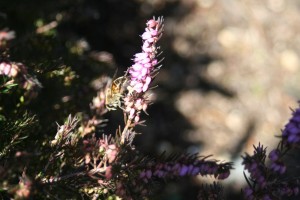 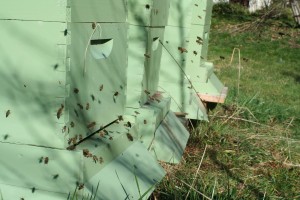 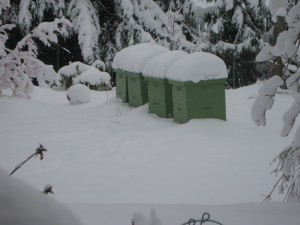 We had over a foot of snow. Life in all the hives as of a few weeks ago… 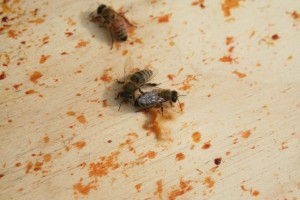 The #1 hive The Black Rock (the 2011 spring split from the original The Others hive) seems to have changed race. They are darker and smaller than my original Italians. They seem to be a little more ornery too. The hive has some that look like the original Italians too. In the photo you can see the top one has more orange and is larger than the others.